In his address, the Rector Fr. Nuno da Silva Gonçalves, SJ thanked on behalf of the university community the members of GC 36 and Father General Arturo Sosa, SJ which are representative of the universal Society of Jesus, for the support and encouragement the university community receives. And, addressing the members of GC 36, who included all the provincials from around the world, Father Gonçalves said, “we will continue to request, through Father General, for other excellent people to be sent here. We trust that you will respond to our requests in spite of the sacrifices, which this will entail on your provinces and regions. I assure you that your generosity and your sacrifice give us the opportunity to better serve the universal Church and the Holy Father.”

Father General Arturo Sosa, who is a former student of the Gregorian and who in the past two years has worked closely with the institution as Father General Adolfo Nicolas’ Delegate for the Interprovincial Roman Houses and Works stressed that gathering at the Gregorian means getting in touch with the apostolic origins of the Society. The university consortium did not emerge out of the “whim of some Jesuits who love research and teaching. The Gregorian University, the Biblical Institute, and the Oriental Institute were created by the Holy Father and entrusted to the Society of Jesus. Our presence in the University Consortium is a consequence of the Ignatian intuition to receive from the Vicar of Christ on Earth, those missions that make a more universal service to the Church and to humanity.”

This service to the universal Church is evidenced by the fact that among former students of the Gregorian, there are 25 saints, 53 blessed, and 16 Popes. In addition, 32 percent of the College of Cardinals (73 of 227) and 22 percent of the worldwide Catholic Episcopate (1,107 of 5,020) are former students of the Gregorian. At the end of the last academic year, the Gregorian numbered 2,644 students from 120 countries or nationalities. One hundred and twenty-six are young Jesuit students, whose formation, according to Father Nuno da Silva Gonçalves “is an essential dimension of our mission in Rome.” Among the 306 professors of the university, there are 86 Jesuits from 31 different countries.

Father Sosa encouraged the provinces to continue sending “young Jesuits, well chosen” for their formation and “to reinforce the formation and academic teams working in these institutions at the heart of the Church and of the apostolic responsibility of the universal body of the Society.” On collaboration, Father Sosa noted that, “gradually we learn to network as a way of improving our ability to research and teach. The University Consortium in Rome has this great opportunity to connect to hundreds of academic centers of the Society and of the Church everywhere in the world. “Collaboration that aims to deepen “our faith that promotes justice and makes us ministers of reconciliation through interfaith and intercultural dialogue complex.” 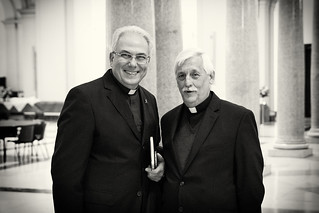 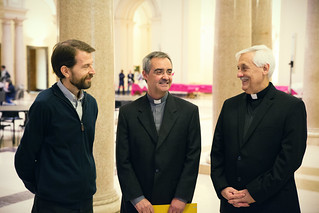 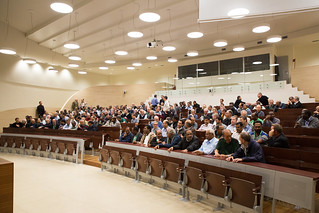 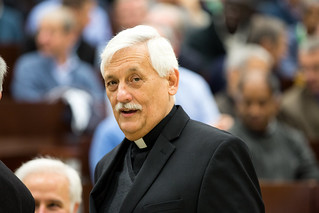 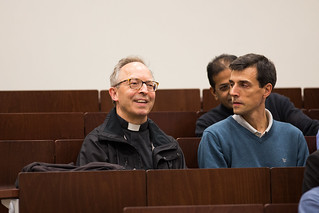 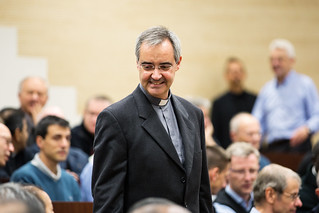 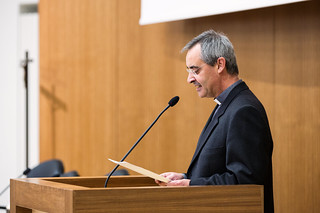 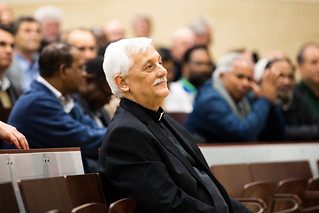 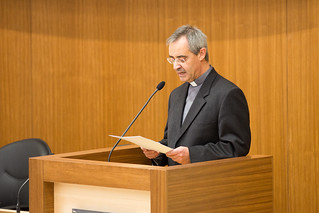 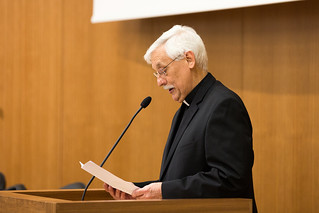 IMG_0415
See the other pictures of the set on Flickr